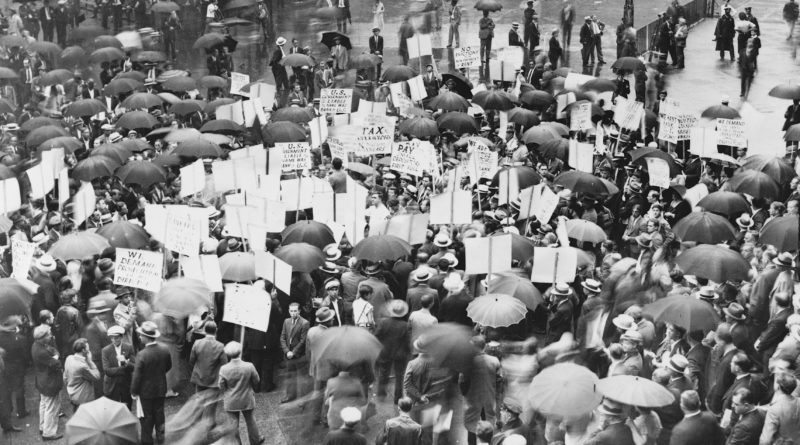 This post will be certainly updated, because there are so many news and data that it is difficult to comprehend. And my work “is caling” me 🙂 But the morning “press review” forced me to at least remark the topic.

In recent days, PMI data was published in individual countries. We haven’t observed such a low indicators and such a sudden breakdown, even during the 2007-2009 finanial crisis.

* PMI = 50 points is the border – the values ​​above indicate positive predictions for the economy, and values below indicate a reduction in economic growth or recession

Decline in the economy is not only the PMI values, it is primarily a very real increase in unemployment which has been affecting people. The International Labor Organization predicts that nearly 25 million people could lose their jobs as a result of the upcoming crisis. Suffice it to say that State of California (BTW, one of the largest economies in the world, although it is never analyzed on its own) announced that about 6 million people were at risk of unemployment as a result of economic stagnation caused by restrictions aimed to stopping the spread of the virus.
Some estimations show that only in the US unemployment can reach 30%.

And now question whether “medicine is worse than illness” appears. Especially if we take into account how the increase in unemployment or the deterioration of the economy impacts on the quality of health service and mortality ratio.

Backing to commodities… Commodity prices are primarily related to the state of the economy, production and demand. Therefore decreasing significantly data does not bode well for prices of comodities.

Finally, a curiosity from the excellent book of prof. Wojciech Morawski “History of Crises”. During the Great Depression of 1929, the biggest problem was that people stopped buying, which depressed the economy only worsened. People became very self-sufficient. There were only two products sought-after on the market – salt and matches.