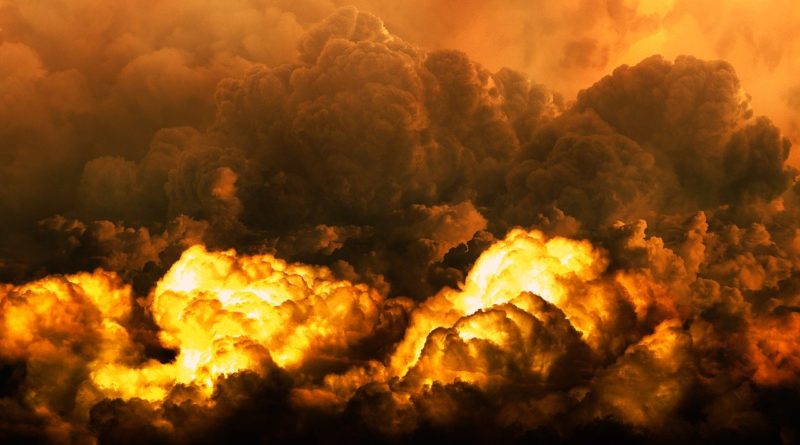 Maybe some of you remember my conversation (calling it diplomatically) during the debate at InvestCuffs two years ago with Sylwia Dobosz and Ania Smolińska. We discussed about investing according to the plan vs catching and taking advantage of occuring opportunities.

One of the presented theses was that on commodities market above average returns can be achieved when unforeseen and usually external factors change the market situation drastically. It doesn’t sound good, but history shows that commodity prices are most favored by drought / floods, plagues (especially in the area of ​​agriculture), violent weather phenomena such as hurricanes, military attacks (energy resources), political instability and the following unexpected political decisions. In other words, it often turns out that investing in commodities is basically investing in the fact that something wrong or something unexpected is happening on the market and is disturbing the market balance.

To avoid being groundless, I gave two examples at that time. First was the winter attack in the USA on the cusp 2017. Price of natural gas increased from USD 2.6 to USD 3.65 during 20 sessions then. The second example was the situation on the wheat market in 2010, when as a result of fires and large crop losses, Russia imposed an embargo on wheat exports, which caused almost doubled the price per bushel during only 40 sessions.

Certainly the beginning of 2020 is not peaceful. Only 25 days of the new year have passed, and the world has already experienced (or is still experiencing) a volcanic eruption in the Philippines, an exacerbation of the US-Iran conflict, an outbreak of a new virus epidemic in China, devastating fires in Australia. Intrinsically, the question how these events translate into commodity markets arises.  Especially that 2020 shows that tragedies, disasters or difficulties do not always have to cause price increases, sometimes they can cause drastic decreases.

In recent days, one of the hottest topics that circulate the world is information about the outbreak and spread of coronavirus, which has already led to death … This is data which I can’t point out. I listen news and in each subsequent issue this number is increasing. So I can assume that before you read it, Dear Reader, the value I gave you would have been obsolete a long time ago.

It would seem that dangerous to humans virus and commodities don’t have anything common. But it’s not true. Closing cities, limiting transport and other decisions taken by the authorities to stop the spread of the virus, cause concerns about a slowdown in the Chinese economy, and thus reduce demand for commodities, which exposure to Chinese demand has a significant impact on prices. The most important are oil and industrial metals, including copper.

Market reaction was immediately. Copper prices recorded the biggest weekly decline since 2018 and have broken down USD 2.6/lb. There is still long way to low from 2016, but let me remind you that copper has been in an upward trend since the beginning of September, and now within just a few days it has returned almost all of its growth.

Oil prices started to decline earlier, but the latest situation in China deepened these declines significantly, shifting the price of WTI oil to around USD 53 per barrel. This is very close to the support line, which the price bounced four times in last year from. Declines, moreover, were deepened by the desire to take profits after a few months upward rally. The short rebound caused by fears of a supply collapse due to the situation in Libya, could not counterbalance the previously described factors.

Interestingly, the fires lasting for many days and devastating Australia have not impacted so much commodities prices. It may be surprising, because bushfire-affected regions account for about a third of the country’s milk output, and Australia and the Australia is the world’s seventh-largest dairy exporter, supplying mainly Asian markets with products such as fresh milk, butter and cheese, as well as milk powder. Dairy is the country’s fourth-biggest rural industry, worth A$3.3 billion (US$2.3 billion), according to government figures. Milk prices, moreover, increased by 50% in 2019 due to the prevailing drought in agricultural areas (Australia’s milk production was set to fall to a 22-year low due to drought). To be honest, the drought that has lasted for 3 years should be considered in the category of disaster.

However, the effects of devastating fires can be visible for many years to come. Australian authorities have reported that around 4,000 cattle died in the result of fire. As the farmers point out, the fires have primarily killed the youngest in the herd. It will take years to rebuild. For now, this is not reflected in the prices of live cattle contracts, but I think it is worth keeping this in mind when considering the investment in beef.