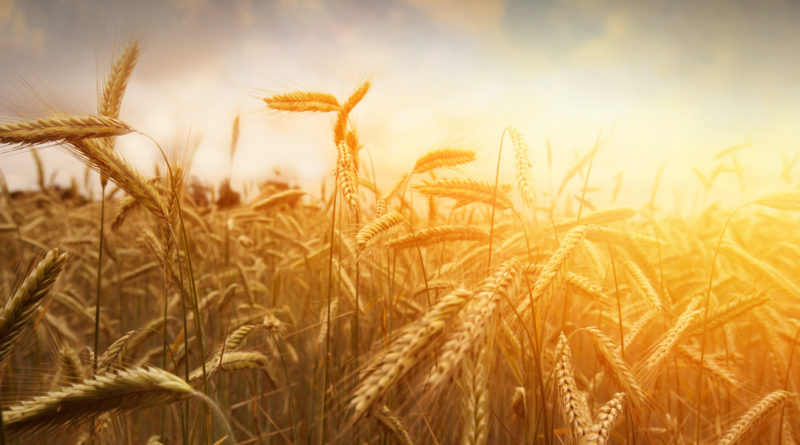 Let me briefly remind you the course of events. In August, I wrote that the difference between wheat’s and corn’s prices was much bigger that the long-term average/median indicated. The significant increase of spread was even more interesting because these two cereals’ prices are strongly correlated. I also suggested that it seemed to be worth investing in decrease this spread – simultaneous opening two positions: long on corn and short on wheat or using Wheat corn spreads contract.

Several months passed. It turned out that the intuition was quite right. The wheat-corn spread decreased significantly (from 187 USD to 128.75 USD). Hence, when the expiry date the mar19-mar19 contract was approaching and the rate of return was quite good, I closed my position. I closed it despite the take profit hasn’t reached the level which I’d assumed at the beginning yet (originally I assumed that I wouldn’t close before the difference wouldn’t be smaller than 120 USD).

Now I can explain sad emoticon in the introduction. Just two days after I’d closed my position, the wheat-corn spreads was quoted below USD 120. Thus, the profit could be much bigger if I wouldn’t have chickened out and would have kept to my plan.

One flashback is crossing my mind at this point. A year ago, Sylwia Dobosz and I were discussing fiercely during the debate at the FX Cuffs Conference. We represented two opposite attitudes:

I argued that one should have a general trading plan but this trading plan should be adapted flexibly to the market situation.

Sylwia called my approach as “anything goes” (free-for-all), what was outrageous for me, of course ;-). On the other hand, I assessed her approach as too strict and unable to use market opportunities.

Well, this time she would be right. Actually, the rate return from this position could be higher if I would have kept to my assumptions. But…

…I would have earned even more if my greed would have prevailed my plan. Today (March, 1st, intraday) the Wheat corn spreads may19-may19 contract was quoted at USD 86. Only contracts with expiry date in March and May 2020 were quoted over USD 100. The main reason of this steep decrease of spread’s between cereals’ prices value is strong fall of wheat’s price in last 10 days.

The interesting question is whether the situation is changed enough to get the opposite position, i.e. invest in extending the spread (simultaneous buying wheat and selling corn or taking long position on Wheat corn spreads contract available in Saxo Bank*). To answer this question, I will present the chart which is analogous to the one from article from August. The difference is that a red color denoted periods when the price difference was bigger than contemporary one in August; on chart below red color denotes periods when the price difference is smaller than current one.

Chart 2. The quotation of wheat and corn (left axis) and spread between cereals’ prices (right axis) in 1973-2019; red color denotes periods when the spread was smaller than current one.

Looking at the graph, it seems that it’s too early for trade described above. Despite the decreasing the difference between cereals’ prices and the fact that spread which total USD 86 is significant below the long-term (from July 1973 to February 2019) average (104.47 USD) or median (96.00 USD), the chart illustrated the spread was even smaller quite often (43% trading days during this period). In addition, the longest time when the analysed spread was smaller than current one had been lasted for 4 years (from October 1997 to October 2001).

Chart 3. Part of time when the spread met the criteria specified in the X axis in the total number of sessions from February 1973 to February 2019 (left axis) and the number of trading days in the longest periods when the criterion was continuously met with an indication when took place (right axis)

Analysing the chart above, it can be seen that taking smaller spread such as USD 80, USD 70 USD 60 etc. as the criterion of beginning the investment reduces the risk significantly (risk represented by two factors: lasting the longest periods when criterion was met continuously and participation of trading days when criterion was met in whole discussed 45 year period).

For now, it’s hard to assess which moment or which level of the spread would be the most proper to open long on wheat corn spreads. Most likely, moment of reverse the trend would be the best. However, it is certainly worth to observe these two cereals markets and relations between them to take the advantages of changes which take place from time to time. Especially if we consider the wheat’s price’s fall’s dynamicity in recent days and the high correlation between these markets in long term.

* I encourage you to register on the Saxo Bank website via the link provided above, because if your account would be opened via this link you will receive one hour free instruction in using of Saxo Bank platforms. For clarity, I will add that the benefit will be mutual, because in that case I will receive a prize for referral a new client.

The information presented on this website are private opinions of the author and don’t constitute investment recommendations within the meaning of any rules of law.

There is a risk of incurring losses exceeding the value of a deposit if one open leveraged transactions! The reader makes investment decisions on his own responsibility.